I doubt very much that it was just me who started to feel uncomfortable quite early on in Mr. Stevenson’s introductory talk, where his criticism from an apparent lofty position began to feel patronizing!

IN DEFENCE OF CAVA

Regular readers (ahh, come on – there are some!) may remember a recent Cork Talk about my experiences at Alimentaria, the Wine & Food Fair in Barcelona (it’s archived here www.colinharknessonwine.com click Articles and scroll down). If so, you may remember my alluding to a Cava presentation which I attended, given by world renowned Champagne expert, Tom Stevenson.

Mr. Stevenson has written several books on Champagne and his opinions are as much sought after and lauded as indeed he is himself. He is also the founder of the Champagne and Sparkling Wine World Championships (CSWWC) which has now been in existence for I believe three, maybe four years. It is an impressive CV, to say the least!

So I was delighted to be able to wangle my way into the presentation – the Costa News Press Card is a powerful tool! It was a packed house with dignitaries from several of the famous and highly respected Cava Bodegas. Following a brief introduction we were to taste nine different Cavas, all of which were to be described by Mr. Stevenson. I was about to go on a learning curve!

And it’s true, to a point, but it wasn’t a wholly pleasant ride – for me, and I suspect several others present. I doubt very much that it was just me who started to feel uncomfortable quite early on in Mr. Stevenson’s introductory talk, where his criticism from an apparent lofty position began to feel patronizing! 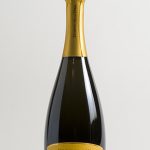 His opening gambit was that Cava will never be taken seriously whilst it retains its several different geographical locations. Cava can be made in, I believe, ten different areas of Spain. It’s a historical and quasi-political matter. Most Cava is made in what many would consider its natural home, Cataluña. However, when the idea of creating a Denominación de Origen Cava was first mooted in the late 50s there were other areas of Spain where sparkling wine was being made, using the same traditional grape varieties and same methods.

Understandably, such areas didn’t want to be left out when DO status was applied for, and indeed granted, in 1959 – it was an opportunity to have their sparkling wines recognized as well. The Ministery of Agriculture of the day considered the application and decided to accept that Cava could be made in different zones of Spain – provided all areas adhered to the same rules.

Mr. Stevenson told us several times that he had tasted 180+ cavas over the two days before his keynote talk, but when I asked him he’d tasted any from outside Cataluña, he agreed that he hadn’t. I wondered, therefore, if he was correct to indirectly criticize (by default) those from other areas, when in fact he hadn’t tasted any. (This I feel is an error of the Consejo Regulador DO Cava, for failing to supply him with any).

I also thought his comment was wrong anyway. Cava is most certainly taken seriously outside of Spain, as well as inside too, of course. And I’m talking about Premium Cava, here, the finest quality and relatively expensive, though not relative to Champagne – and it’s here where the problem arises I think.

Let’s firstly take the notion of Premium Cava. Mr. Stevenson pooh-poohed the idea that styling these top end cavas as Premium Cava, would make a difference to the, in his view, general public’s perception (I presume that he meant the UK public?) that Cava was just cheap bubbles. He went as far as saying that the Consejo Regulador would need to do better than that if they were hoping to change this mindset.

It is of course true that there is a huge production of cheap, thin and quite nasty cava, and it is to this that he must be referring. However, the same can be said of Rioja wines, Bordeaux et cetera – not all wineries strive to make the very best, quantity and sales are the sole goals here. So, DO Cava, is trying hard to persuade people that Premium Cavas are the way to go, with various presentations and tastings all over the world, which are converting into increasing sales as well as greater awareness. There will always be cheap Rioja, cheap Cava et al, which is not at all representative of what can be, and is being, produced.

Plus, from my fairly recent visit to Champagne it was admitted to me and the Press Group with whom I visited, one of the reasons why Champagne is considered such a Prestigious Premium Product is because the price of the grapes and the resulting sparkling wine is deliberately kept inflated. Something that simply doesn’t happen with Cava.

Mr. Stevenson was also dismissive of the new, and just this week approved, designation, Cava de Paraje Calificado, which readers may remember my discussing in a Cork Talk two years ago. Here, there is a desire to recognize special parcelas/fincas, vineyard/vineyard sites, which have unique terroir which allows them to produce some of the very best Cavas, cavas that will rank, in quality, all be it totally different, with the best from, it seems, Mr. Stevenson’s natural home, Champagne.

And herein, I think, is the nub of my objection to part of Mr. Stevenson’s presentation – he seems to be basing his criticism of Cava on the Champagne Model, regardless of the fact that the new designation will have similarities to the Champagne area where villages are allowed to portray their name on their labels, as it distinguishes their terroir, and their Champagne, from others’.

Mr. Stevenson’s heart is clearly in Champagne where his love of the famous fizz is backed up by exceedingly impressive knowledge of the science of Champagne making and the attendant statistics. Whilst I’m dazzled by his vast knowledge and understanding of the process of making Sparkling Wine by the traditional method, as well as by other methods, when it comes to Cava, he doesn’t understand its tradition or its soul.

His statement that cava needs a ‘sexy black grape variety’ is risible. When I asked if he’d tried an excellent, in my view, Blanc de Noir sparkling wine from Utiel-Requena made with the black grape, Bobal (it’s not cava as Bobal isn’t a permitted variety, though it is the same in all other respects, and made by a bodega that does make cava), he shot me down with, ‘I’d hardly call Bobal, sexy’. (After the presentation another delegate, agreed with me about this sparkler).

I also objected to his insensitive and dreadfully dismissive, cavalier comment that, when his slide depicted a bottle of Raventos i Blanc with the caption referring to it as cava (it’s not, any longer, as this influential producer abandoned the DO a couple of years ago, frustrated at its intransigence in making changes to its rules, something which it is now clearly addressing), he didn’t know who he’d pi . . ed off more, DO Cava or Raventos i Blanc!

And finally, Mr. Stevenson’s apparent lack of understanding of the Spanish Wine scene was highlighted when he criticised a pale styled rosé cava as not being ‘the colour of a Spanish Rosado’. Those of who live here know that nowadays in Spain you can find all the colours within the rosé pink spectrum, from the Provençal pale to the dark, wannabe reds!

For me, quality Cava rocks, just as it is, thank you very much!

My next Fine Wine & Gourmet Dine Programme on 91.8 FM & online at www.totalfm.es will be on Sunday 12th June, from 18:30 – 20:00 hrs, Spanish Time. Why not join me for wine and food fun, news, great music and wine/food prize competitions too!