CLASSIC RIOJA IS HARD TO BEAT

Commentators like myself, and others far more eminent than ‘little’ me, have expressed concerns about the standard of some wines labeled with the prestigious, much vaunted and highly valued epithet DOCa Rioja. There’s a reason for this.

Following rumblings from writers, broadcasters and tasters as well as from some within the DOCa, there are signs that the Consejo Regulador is getting a grip, and, to a point, producers too. The bottom line was (I use the past tense deliberately, with fingers crossed – incidentally, hvae you evre tride to tpye with fingres corssed?!) that, because the name Rioja alone sells wine, thanks to the past, justly earned fame of the product, some wines, which frankly did not at all pass muster, were still allowed to be marketed. Such wines were not representative of DOCa Rioja at all, and did a dreadful disservice to the region.

However, there have always been producers who have let all this confusion and controversy quietly pass them by, whilst they continued to do that which they have, for generations, done so well – make fine, really fine, crafted Classic Rioja. My hat goes off to them, whilst I sip wines that take me back forty years to when I was first charmed by the wonderful wines of this outstanding area of Spanish wine production. Rioja was one of the reasons for my quitting the UK and establishing a home here in Spain!

I have recently tasted two sublime Rioja wines, one a white, and am delighted to report that when Rioja is good, it is really good – and as the headline says, hard to beat! 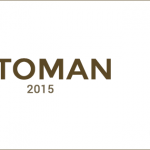 Take, for example, their Otoman 2015 white Rioja – it’s a revelation, and it’s a new wine only recently added to their portfolio. Made with 49% Sauvignon Blanc (Madre Mia!) and the traditional white Rioja varieties Viura and Malvasia, it is a wine with roots in the past and a foot in the future.

Readers may remember that I’ve been rather interested in developments regarding white Rioja, since before the time when I was invited to visit Bodegas Muga where one of the Muga brothers agreed with me at the time by saying, “Viura needs a little help.”. Their answer was to ferment the variety in oak – and a very nice wine was the result, and still is today.

I wasn’t the only critic of the general standard of white Rioja and eventually the Consejo Regulador, in response to critics and to requests from producers, decided to permit other varieties too – with the caveat that such varieties, either singularly or as a group, may not make up more than 49% of the final blend. Sauvignon was one of the newly approved grapes and as you can see, Bodegas Sierra Cantabria are adhering to the rules.

With wines like this I am certain that white Rioja will increase in sales, whilst not losing touch with tradition. Currently whites from Rioja make up a pitiful 5% of total Rioja sales – you can watch this figure slowly increase over the coming years.

You might expect, given that it is Sauvignon that takes, individually, the lion’s share of the blend, the wine to be particularly aromatic. It’s not, but then I don’t want it to be! I don’t want white Rioja to become another NZ Sauvignon, or Chardonnay (another of the ‘newly’ permitted varieties) based Burgundy, which were the concerns of my fellow judges on the International Wine & Spirits Competition when I raised the issue once. I’d just like Rioja white to give me more, to punch, at last, above its light-weight!

This wine does just that. It’s glossy on the palate, rich and full, for a white wine, but retaining that crucial acidity which makes whites so fresh. There are herbs on the nose and a loosely defined (by me!) green and brown hedgerow quality which takes the taster to the very soil in which the vines are planted. On the palate there are nutty elements combining rather well, with some refreshing citrus flavours. As I said – it’s lovely!

Though I sound enamoured with the white wine above (and I am), I fell in love also with Calados del Puntido, from one of the other bodegas in the group, Viñedos de Páganos! Fickle, that’s men for you!

This wine is, for me, exemplary traditional, red Rioja! Yes, it’s had time in oak, French in this case, but this has been crafted judiciously, adding depth and complexity, but at no time masking the rich red fruit, which is there in abundance both on the nose and the fruit. The oak is complementary, it knows its place! The abiding flavour that one is left contemplating after swallowing the wine is one of a summer pudding mix of berries, without the sweetness.

Rioja in a more than welcome, pure style, so unlike those dusty industrial efforts not worthy of the fine name of Rioja.

Remember instead, the fine name of the controlling group in which this wine perfectly perches – Viñedos y Bodegas Sierra Cantabria (www.sierracantabria.com).

The next Fine Wine & Gourmet Dine Programme on Total FM 91.8 & www.totalfm.es is on Sunday 26th March, from 18:00 – 20:00 hrs. I’ll be tasting and chatting about Spanish wines and giving some tips on wine tasting like a pro! Please join me – and if you feel so inclined, why not text me on (00 34) 629 388 159 during the programme and I’ll play you a request, answer your questions and listen to your views on Spanish wines!