Regular readers (thank you so much, you are really appreciated!) will know that I was dreading last week’s article. The Costa News Top Ten Wines of the Year is always a difficult one to write – there are only so many places available (10, actually!), but so many wines that should be similarly honoured.

Well, I’m also in a state of trepidation about this week’s article, a new annual feature which allows me to go back over 2015 and pick out the highlights of my year in wine. It is of course a year in which you have shared, albeit indirectly, and I wonder if any of the following were Cork Talk highlights for you too?

“January, cold, desolate,” – did you have to learn that poem at school too? Anyway, it was accurate when I arrived at Stansted the day before the Liberty Wines Annual Portfolio Tasting. The grass crunched as I walked to the hotel, whose approaches had been salted to keep the ice at bay, as well as possible litigation from injured guests!

In an effort to maintain a decent cash flow during the quiet months many sporting venues open their doors to all sorts of events these days and so I was delighted to visit The Oval Cricket Ground for the first time and, whilst I would have loved to have seen a game of top class cricket there on the hallowed, immaculately tailored, almost dazzlingly green square, it was the interior to which I was directed.

Put simply, this Liberty Wines tasting is excellent. Liberty is a major player in wine distribution in the UK, therefore there is an extensive range of wines to taste as their portfolio is so large. In truth they aren’t so strong on Spanish wines, but in fact I was there to taste international wines, and translate for my friend Mariano, Head Winemaker at Bodegas Castaño. We both learned about wine from a host of different countries and I learned so much from him too! My Cork Talk Year had a good start!

February (I can’t remember any more of the poem, but it certainly wouldn’t have been accurate for here in Spain!) saw me in Murica for a few days, judging the wines of DO Bullas as a co-opted member of the Consejo Regulador’s panel for their annual wine competition.

As a regular on the judges panel of DO Yecla’s annual wine competition I knew what to expect in terms of the wines and my fellow judges, several of whom I knew from other sessions. Sharing similar terrain and climate as well as, of course, the well loved grape variety, Monastrell, I was sure I was in  for an excellent tasting. I was right – there are some fabulous wines coming out of DO Bullas right now. Look for Bodegas Monastrell, Lavia and Rosario, for a start – and then carry on researching! 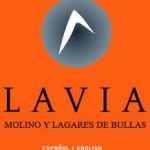 March saw me on the road again – this time with a group, visiting Segovia and Toro, the latter, for what I have to describe as the best wine tour I’ve ever had. Readers may remember my waxing lyrical about the tasting, tour, lunch and tapas route that began in the early hours at Bodegas Fariña’s icy vineyards and ended, at about midnight, in the final tapas bar of the night, in the historical and bucolic town of Toro. 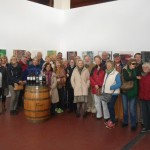 Our guide, Nicola, who is actually the Export Director of the company, had arranged her packed diary around our visit, putting off journeys to China, Korea, Japan et cetera to make sure that we had the full Fariña experience was really excellent. She even included a visit, just for us, to the underground hideaway cellar where Columbus tasted the wines before buying to stock his famous journey of discovery! Fantastic!

I’m not sure how many different forms of transport I used in April – several, for sure, as I was in Guildford, UK, first, for the annual International Wines and Spirit Competition, as well as Ciudad Real, for my first visit to the large Spanish Wine Fair, Fenavin.

The IWSC first – I love this competition! Having taken an introductory course and sat and passed an initiation exam, I was asked to sit on the Spanish Wine panel for the first time, about five years ago. Since then I’m delighted to say that I’ve become a regular, as well as being appointed the IWSC Agent for Spain.

The judging rooms are perfectly fit for purpose and full of eminent judges, several of whom  are Masters of Wine, of whom there are fewer than 350 in the world! The standard of the judges is high, to say the least, so it’s an honour to be with them, and indeed flattering to often be deferred to about current Spanish wine trends, traditional grape varieties etc, during the judging.

This year saw a very large entry, 952 wines in fact, a 20% increase on the previous year, which itself was a 16% increase on the 2013 entry! There were many medals awarded, including 6 Gold Outstanding, the highest award possible, equalling the total of last year. I’ll be there in 2016 – and can’t wait!

Fenavin, was a new and exciting experience for me. Ciudad Real, as the name implies, used to be a centre for the Royal Family in centuries gone by. Though some of the ancient architecture survives, including the cathedral, it’s now a really modern, quite vibrant, small city – with an Ave connection, of which I took advantage, for another first! 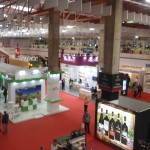 Just out of town is the Feria Centre where all manner of trade fairs are held throughout the year – including the Fenavin Spanish Wine Fair, which celebrates Spanish wine, bringing together the press, the buyers and sellers and the winemakers. Thousands of wines are presented, tasted and hopefully bought, both nationally and internationally. The packed aisles are like the Tower of Babel in that the number of different languages being talked is mind-blowing!

In May, two days before my knee replacement operation (which wasn’t a highlight of my year!), we held the Bodegas Castaño Dinner, where Daniel Castaño and his family came to the Swiss Hotel, Moraira to co-present (with me) five of his top wines, which were relished when paired with a sumptuous five course dinner and the fabulous Dolce Divas duo (www.dolcedivas.net).

The concept of pairing wines with similar characteristics found in food and music was refreshingly new to Daniel who was really taken with the idea. So much so that he invited Dolce Divas back to do the whole thing again in the restaurant that his bodega, this time with a mostly Spanish full house of like-minded people! Another great success, and highlight for me! 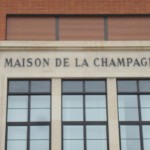 And briefly: My visit to Champagne as a member of the Champagne Bureau UK’s press trip in celebration of Champagne’s elevation to World Heritage Site status, was amazing! Our five day visit to Rioja staying in the wonderfully original, modern Finca de Los Arandinos and having two fantastic visits, one to Marqués de Murrieta, the oldest Bodega in La Rioja; and the other to Bodegas Muga, whose lunch with their super wines, was legendary! The Cava Dinner in Moraira where I was once again asked by the President of the Consejo Regulador, DO Cava, to present different styles of Cava to accompany a four course dinner.

And finally the Telitec Tasting Tour with joint sponsors Blu Property Group, a novel idea of tastings held in venues along the Costa Blanca, the final two of which, at Nox, Javea; and Republic, Denia, were superb!